Battery Backup UPS and the search for the perfect Smart Plug

<Updated 19th December 2020>
Not too surprisingly the network is very important. You need a very stable network. I went through many iterations, and that will be the focus of another post. However, what I also did is connect all my network devices to battery backup UPS'. I've mentioned elsewhere that California has a 3rd world power distribution network and I keep losing my power. This meant that enough of my devices would not reconnect again that it was driving me nuts, the battery backup UPS meant that my mesh would stay on and so when the actual devices themselves came back on, there were much less issues. 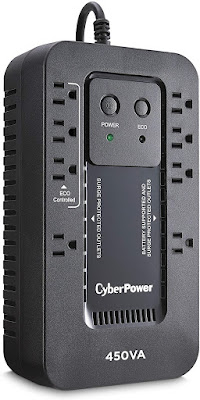 As mentioned in my garage segment, I want the ability to remotely switch off/on a device. In the case of the Garage it was for the Garage door opener, MyQ by Lift Master/Chamberlain.... because it is very unreliable.

Why I can't find a battery backup UPS that is HomeKit compatible, I don't know. Seems to be a missed market opportunity.

There was nothing for it except to buy a few Smart Plugs to plug into the UPS and then plug the devices into the Smart Plugs. I wanted low cost. 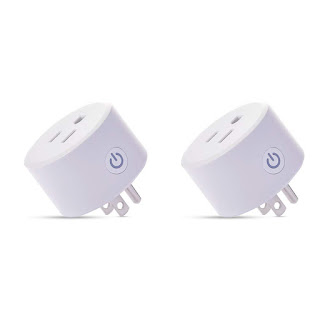 These definitely fitted the requirement for cheap! 2 for $10! Amazon claims them as HomeKit compatible, but when I went to install them, they were uncertified, not that I care too much about that. They connected to HomeKit beautifully, and I thought I was on a winner.... then I found out that they do not support a Mesh network at all  and my garage has a child node, so that was no good. 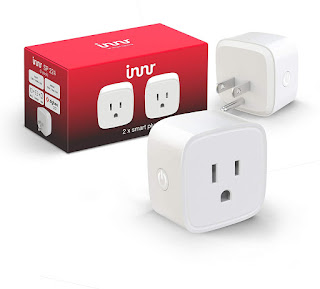 Not as cheap but, at the time, they were not so bad.
Innr is a company set up by people that used to work for Philips Lighting, now Signify, that produces Hue, and these Smart Plugs integrate in with Hue.
The initial problem was that they did not get passed through to HomeKit and there was no warning.... not even on the Hue web site. It was my first experience of something not passing through. For the life of me, I can't find a list of what gets passed through to HomeKit.
No matter, I installed the Hue Homebridge plugin which did work! I set the Innr smart plugs up in HomeKit, but I found them to be unreliable. It wasn't the Homebridge plugin, they'd stop working from inside Hue! Seeing as these were supposed to enable me to do remote reboots, unreliability was not going to fly. 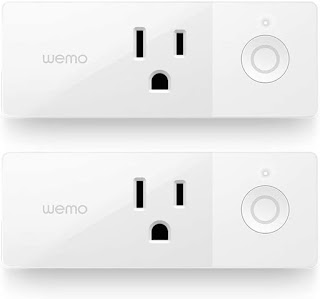 These are Belkin really. They had got great write ups and so I took the plunge!
Integration with HomeKit went really well, except the HK code is on the back of the plug! What a stupid place to put it!
I did find them to be a bit big though. Not so Mini. Belkin must have got some consulting from BMW about what a Mini is. These were actually the largest of the smart plugs I tried.
To get Firmware upgrades, you have to use the app to find out that new firmware is there as they don't inform HomeKit that they need an update, which is rather annoying.
Similarly, there is no way to remove a device from your account. I was going to do this to show what it was like starting from scratch with screen shots, but I literally can't do it! Amazing!
The main problem, though, for me was that when they lose power they always come back up in an "off" state, and you can't override it. I tried raising this with WeMo/Belkin, and the answer was that they did it for safety. Now, I can understand that that is the default, but I should be able to override if I wish, but they were not interested in further discussions, so.... 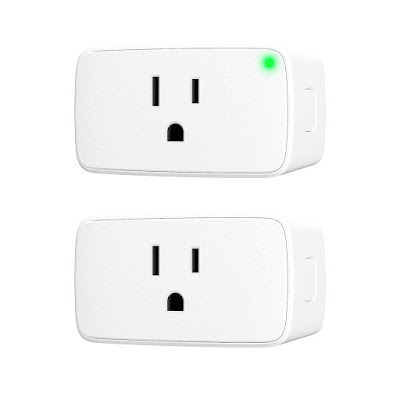 Finally I found a Smart Plug that was reasonably priced, it is reliable, it is small enough that it fits on the UPS without obscuring other sockets and, whilst it may not give me the option of a default state for when it gets power, it defaults to whatever state it was in when it lost power. Seeing as the devices I plug in are always on.... that's "on".
Setup was relatively easy and was done via the Home App. However, VOCOlinc put the homeKit code on the bottom of the Smart Plug! 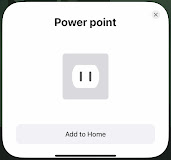 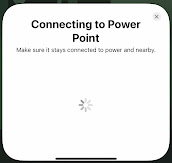 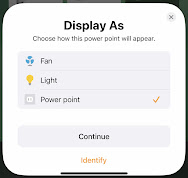 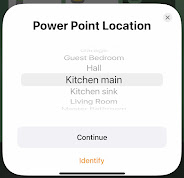 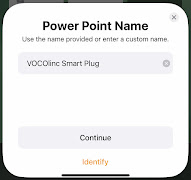 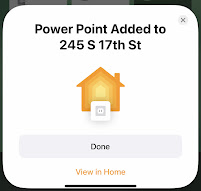 So, all great! If you have the VOCOlinc app, you can also see the smart plug in there.
You may be wondering what the use of the app is. Well to start, it's required to get a firmware update. Now, that is not so unusual but it is needed to be even told there is a firmware update. Worse, it does not integrate in with the HomeKit update notification, so you have to manually check. e.g., I only found out I had an update because I was writing this blog post.
The other thing you can do with the VOCOlinc app is set schedules. This is proprietary and not part of the HomeKit capability.
However, this Smart Plug does gives me what I want, which is the ability to remote force a Reboot of my MyQ controller so I can open the garage door for when it loses connection to HomeKit.... wish I could just automate that! You know "If MyQ status is 'unreachable' THEN power off and Power on the Smart Plug" 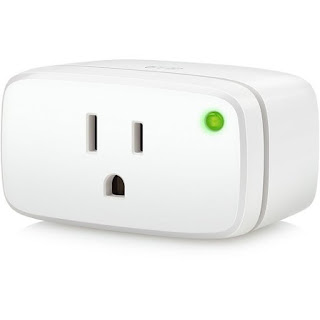 I must admit, I initially did not consider these as the images I saw on their web site showed the European version, which is larger than the US version. The only thing I don't like about the Eve Energy is the price, when compared to the Vocolinc, although it does get better when you buy the 2-pack and you do get more features.
What I do like is:
Let's start with the setup.

It is literally as easy as following the instructions on the screen. The HomeKit code is on the side but, just in case the HomeKit code is not in a convenient place, Eve also provide it on a card.
Mine required a firmware update, and that happened automatically. The Eve app is not required.

There are some nice features in this SmartPlug.
I can see how much a particular device is costing to run. In this case, you can see I'm watching the Washing Machine.

You can't see this information in the Apple Home app, but you can see it in Home+ and the Eve App, but I I can't automate anything based on that information. You can, from the Eve App, export it into Excel or Numbers.
Just like the VOCOlinc Smart Plug, I can also set up schedules. This is peculiar to the Eve app, and is not a standard part of HomeKit.
Labels: domo Eve Energy innr smart plug vocolinc wemo 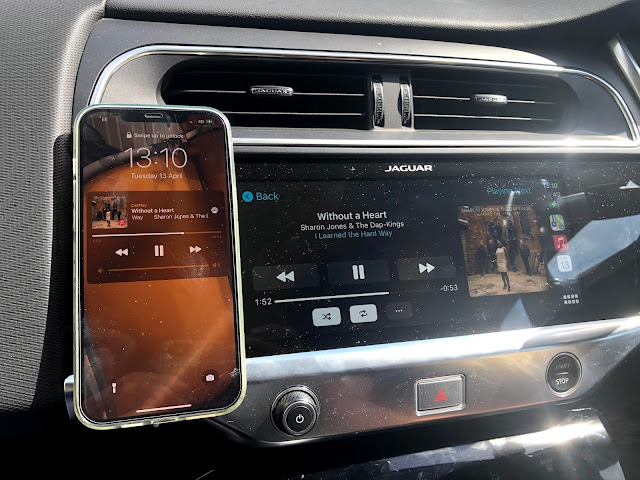 My first post from the UK - CarPlay and a MagSafe charger in a Jaguar I-Pace and integrating it to HomeKit.

Why Matter matters, and how does WiFi and Thread fit into it.